While Allen Perkins and his wife, Krista, were just finishing up a Ministry Internship in Kansas City and contemplating where life would take them next, Allen received an interesting call from his cousin, Lance. Lance Perkins, an organic farmer from Geneva, MN, had been approached by Wayne and Verlys Huntley, longtime fruit and vegetable farmers, looking for someone to run the farm as their children did not have interest in taking it over. While it was Lance the Huntley’s were pursuing, he immediately thought of Allen and his hard work ethic and called him up with the proposal.

With no farming or gardening background, Allen was apprehensive of the opportunity. “Initially, I thought there was no way I could do this. But God really changed my heart.” Allen said.

After touring Huntley Gardens and talking about the business side of the offer, Allen rolled up his sleeves and got right to work in the 2016 growing season. “More than anything, the first year was like an internship. I learned a lot about the farm and the way the business is run,” Allen reflected. “This year I’m taking on more responsibility and making more decisions”. 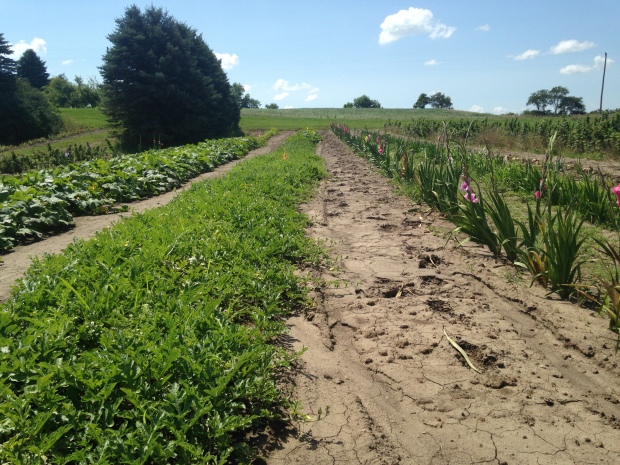 After a year at Huntley Gardens, Allen has definitely got a green thumb!

Prior to Allen’s arrival, Wayne and Verlys had been growing fruits and vegetables for 30 years on 15 acres of their farm that sits four miles east of Emmons, MN. Huntley Gardens has quite the selection of fruits and vegetables, growing over twenty varieties of apples, lots of asparagus, strawberries, raspberries, tomatoes, sweet corn and so much more. 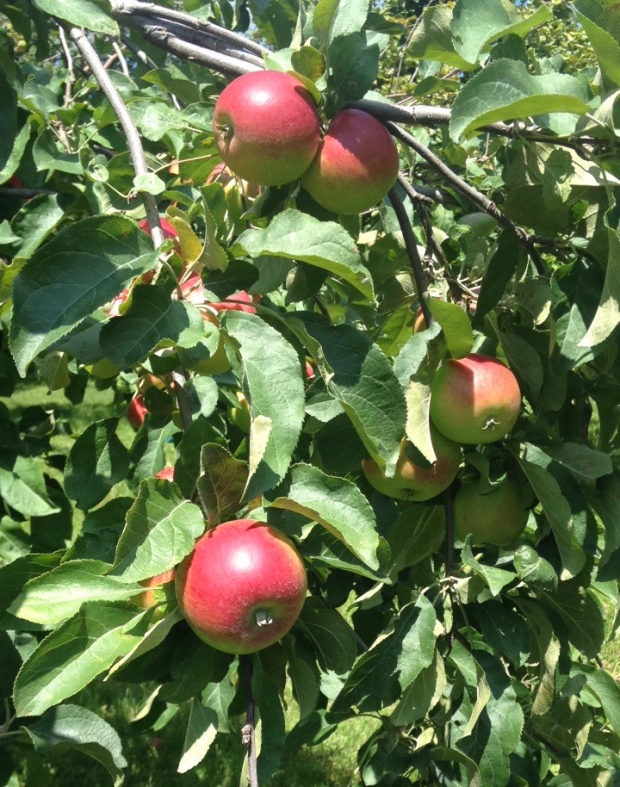 One of the twenty different delicious varieties of apples grown by Huntley Gardens.

It was no easy feat for Allen to come into the business with such a steep learning curve, but his passion for his work is evident at the North Iowa Farmers Market and the Albert Lea Farmers Market. The North Iowa Farmers Market welcomed Huntley Gardens to their market for the first time last year. Allen thoroughly enjoys the market in Mason City because he gets to run the show. “I appreciate the layout and the atmosphere of this market,” Allen said. “There’s also benefits in participating in a market run by a community based board”. 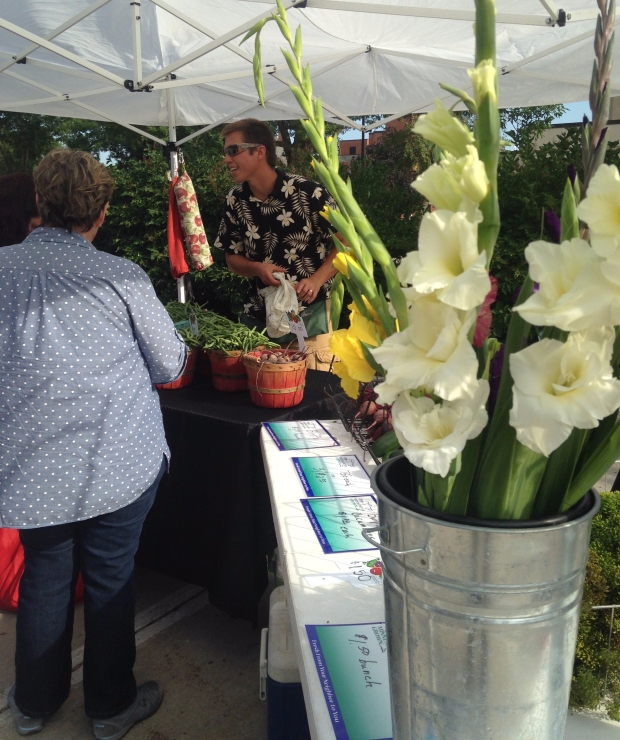 Allen’s enthusiasm at market is contagious!

If there was one thing Allen would most like to communicate to his customers, it’s the hard work that goes into producing the fruits and vegetables. “Produce farming is hard work! But it’s worth it to produce high quality, sustainability grown, nutritious food,” says Allen. He is frequently asked by his customers if his produce is organic. “The term organic is over-used to the point that it’s becoming watered down,” Allen said. “Huntley Gardens is not certified organic but uses sustainable farming practices and abstains from using chemicals as much as possible”.

“I’m so excited for the future ahead for Huntley Gardens”, Allen beams as he sits in the shade overlooking the farm. “There’s so much opportunity here, I’ve been so blessed.”

Stop out at the market on Tuesday from 4:00 PM to 6:30 PM to check out Huntley Gardens impressive spread!

Where To Find Us

The NIFM creates an environment that promotes the sale of locally produced food and artisanal goods.

Stay in the Know!

Thank You to Our Sponsors